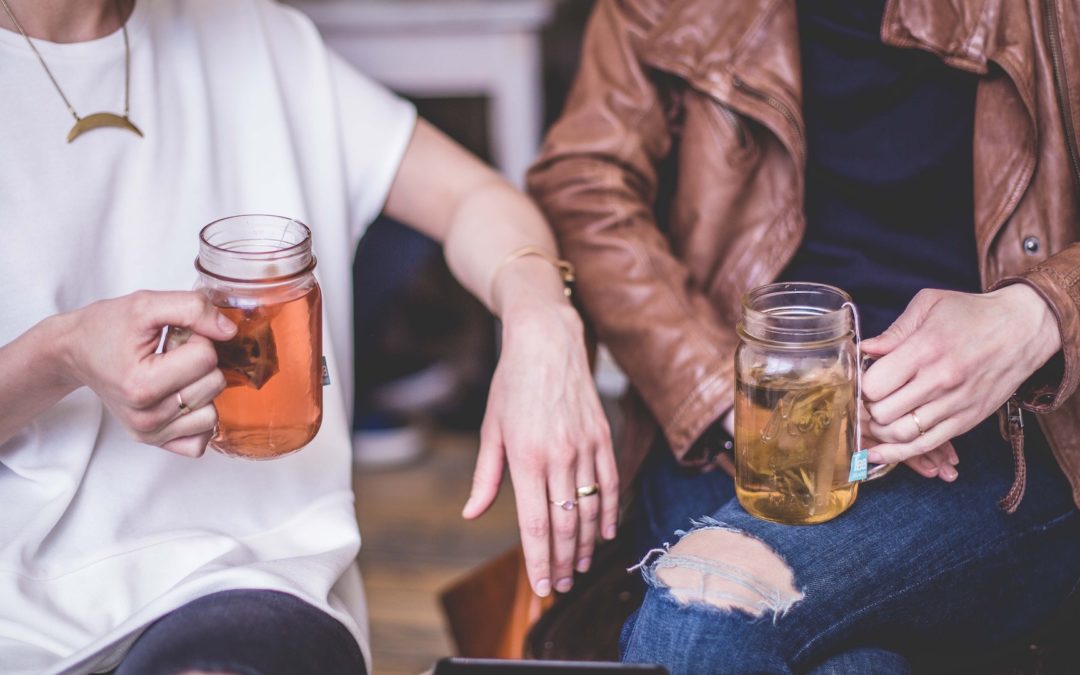 I?ve been enamored with the idea of women?s circles for a while now.

There is something about the tradition that feels so vacant in our society; a depth and a level of connection that texting and facebook leave me longing for. I?ve experienced women?s circles on women?s retreats, but every day life has always been missing the long ago lost tradition ? until recently.

A women?s? circle is a both ritual and feminine symbolism embodied. It is women gathering together in a circle, which is the symbol of the divine feminine. The circle is non-hierarchal, so each member of the circle holds the same level of power, importance, and inclusion. Women come together to hear, listen to, support and hold space for one another. We come together to learn from each other, to uplift one another as we grow into the women we are becoming ? the women we were born to be.

I was invited by a new friend to a luncheon at her home. She had invited a group of women she believed would be like-minded, and worked her matchmaking magic by getting us all in the same room together for a meal.

We sat around a long round table, surrounded by lovely food, drink and decoration. A few people knew each other, but for the most part, the group was new to one another and meeting for the first time. Our common thread was that we were women, and most of us had careers in the healing arts (therapists, coaches, yoga teachers and the like).

I sat down and readied myself to chat with and have small talk the women on either side of me, as one does in a ?I don?t know anyone? environment in the benign but safe ?it?s too soon to get vulnerable and real? with you type of way.

Instead, the hostess started off our meal by announcing to the group that she wanted to try an experiment. She had been listening to NPR and had heard about a group of people who had been having intentional dinners where they were making a point of sharing meals with people they might not normally connect with. In this climate of political divide, many of these meals were reaching across political and religious lines in an effort to actually try to understand one another and listen with curiosity rather than judge and condemn the other?s beliefs.

And so we went around the table, each person taking intentional time to speak to a way in which we had grown, struggled, stretched or learned something new this year. Within minutes, deep fears were revealed, sadness?s were shared, hope and stories of inspiration came forth, and yes, tears were shed.

In no time at all, we went from a group of strangers, to a circle of women holding space for each other?s experiences without judgment or any agenda of our own. We created an environment of trust, compassion and support in literally less than 10 minutes (I?m not exaggerating here). The walls came crashing down. The pretense and bullshit crept out of the room without making a sound. It was powerful.

This is the power of women. This is the power of the feminine principle. When we choose to come together and embody the feminine principles of open receiving, non-directed attention (no agenda), compassion, collaboration and nurturing love ? magic happens. It?s just that simple. Women and men can embody this energy, it is not exclusive to women, it just seems that due to our socialization we seem to be able to access it easier.

Ladies, this is our super power. This is what we can and must bring to the world to help all of us heal some pretty major imbalances. The strength in that room, and the energy that was created was something you have to experience to understand, but let me assure you that an experience of individual achievement or competitive accomplishment can not touch the collective power of healing I witnessed that day.

Your ability to love, the depth of your emotions, your capacity to nurture and your willingness to receive are not weak (despite what history or cultural dogma has tried to teach us about these things).