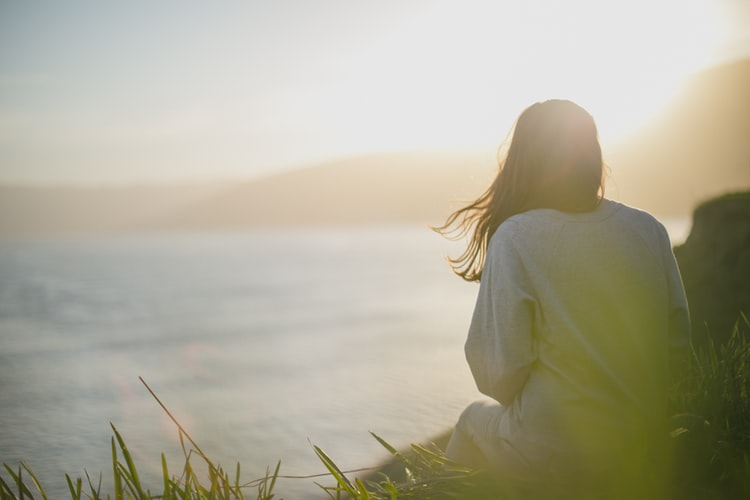 I was talking with someone I care about recently, and the conversation took an interesting turn.

Immediately my heart sank; my body did a reflexive shudder.

“No, you’re not. Don’t say that”, was my immediate response. It was automatic, as though I was jumping in front of a verbal bullet for them.

I just sat there without a response. My body was literally having a visceral response. I was so uncomfortable.

Ironically, he wasn’t! He didn’t seem phased at all.

I couldn’t stand someone I care about referring to himself as fat, and yet, in that moment it dawned on me, that he was just describing what he saw as an objective truth. I wanted to save him from something, but as I let it sink in, I saw that he didn’t need saving.

What struck me in that moment was how much power the word FAT has in our culture. FAT isn’t a description of a stored energy reserve that sits underneath the skin. For many of s, the word ‘fat’ is a way in which we communicate to one another disgust, disapproval, and rejection.

I remember the first time I was told I was FAT. It was in grade school, too young to understand social rules or norms. I don’t think I was aware of my body; I was just alive in it, unencumbered by self-awareness in a way that only a child can be. What struck me, and I can still remember to this day, is that when I was called FAT, it wasn’t just a comment on the shape and composition of my body, as “you have blond hair” or “you are right handed” would have been. It was a clear message that my body was not acceptable, and it implied that as a result, either was I. Being told I was FAT clearly signaled rejection.

I wasn’t old enough to even know what rejection was, but I knew exactly how it felt. How many of you have felt rejected because in some way you have learned that your body is not “good enough?” This is likely more the norm than the exception in our society.

In our image and material obsessed world, our bodies have become weapons. We live in a deeply entrenched diet culture (click here to listen to a podcast where I talk all about diet culture). Words can be used as weapons against us – “I want to hurt you so I will shame your body so that you feel broken, wrong, or rejected.” And in turn, we can use them as weapons of defense – “I will make my body look so perfect that no one will reject me.” The flesh suit that serves as the home for your spirit has gone from being a vehicle in which you experience this life, to being the human’s calling card of social worthiness.

This is why it is so critical that you be aware of how you talk to yourself and the language you use. If you are using language that is commonly negatively connotated such as the word FAT, it is possible (likely even?) you are in a constant state of confirming your unworthiness. I have a guess that my friend and his total lack of emotion associated with the word FAT is definitely in the minority, but it highlights that language that hurts us is different for all of us. FAT might trigger you, or it might not, but each of us has language that cuts deep and sends that message of rejection like an arrow to the heart. Some people are using the word ‘fat’ with intention, in an effort to reclaim the word’s neutrality and end the diet culture connotation that fat equates to unworthiness. How or if you use the word is entirely up to you. I just encourage you to be very mindful and truly learn how the word, and other words that have had the power to harm you affect you in your present day. Consider the following:

Ask yourself; how many times a day might you tell yourself you are in some way not good enough?

How many times a day do you use language that harms to describe certain body parts as you pass a mirror?

You know that old saying, “sticks and stones can break my bones but words will never hurt me?”. Well, it’s bullshit.

Words matter – and so do you.

You aren’t a sensitive Sally.

You aren’t a snowflake.

You don’t need to just suck it up and try harder.

Your language and the words you (and others) say to yourself influence your behavior and motivation on a deep level. When we feel unworthy, and “less than”, we lack the ego strength to develop sustainable, self-care habits necessary to take care of our bodies. If we feel that we are worthless, often times, we act that way. We engage in risky or self-harming behavior, we tolerate way more than our share in life, and we are so busy trying to prove our worth to everyone else that fail to create lives that serve us.

Our worth is not predicated on our body size, and until that becomes our reality, chances are our behavior towards our body will result in pain and frustration. As long as we are caught up in trying to alter our bodies to prove ourselves to a society that hasn’t even bothered to get to know who we really are, we will be caught in the trap of people pleasing and contingency based acceptance (i.e. I believe people will only like me if I look or act a certain way).

Today see if you can commit to kindness over criticism. See if you can avoid cruel and hurtful internal dialogue. Perhaps you can choose to stand in front of a mirror and say something kind, or find a quality you like and note it mindfully. Language matters and you do have a choice over the language you use, both in your mind, and spoken.

The choice is yours.

Will your language be a weapon, or will it be an invitation back to who you were before someone erroneously told you that you weren’t enough?