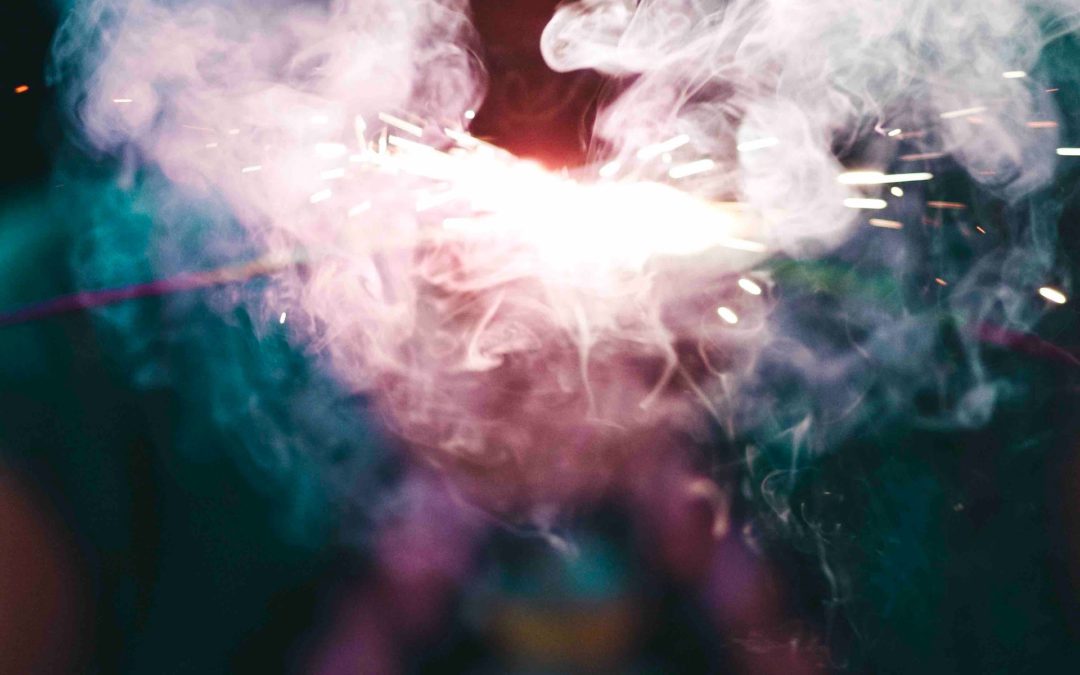 Our parents are many things, but fundamentally, they are our primary teachers. They create the narrative of our reality through the language and story they provide for what we are witnessing as we grow up. From the cradle until we hit the age of discernment and inquiry into what we believe to be true, the truth about what it means to be alive in this world is the story our parents (or primary caregivers) tell us. And the story they tell us is largely influenced by the story their parent told them, and their parent told them, and so on and so forth.

It goes even further than our verbal traditions however. Science has actually been able demonstrate generational wounding on the level of DNA. In a 2013 article published by Dan Hurley in Discovery Magazine, entitled, Grandma?s Experiences Leave a Mark on Your Genes, it stated:

?According to the new insights of behavioral epigenetics, traumatic experiences in our past, or in our recent ancestors? past, leave molecular scars adhering to our DNA. Jews whose great-grandparents were chased from their Russian shtetls; Chinese whose grandparents lived through the ravages of the Cultural Revolution; young immigrants from Africa whose parents survived massacres; adults of every ethnicity who grew up with alcoholic or abusive parents ? all carry with them more than just memories.

Like silt deposited on the cogs of a finely tuned machine after the seawater of a tsunami recedes, our experiences, and those of our forebears, are never gone, even if they have been forgotten. They become a part of us, a molecular residue holding fast to our genetic scaffolding. The DNA remains the same, but psychological and behavioral tendencies are inherited. You might have inherited not just your grandmother?s knobby knees, but also her predisposition toward depression caused by the neglect she suffered as a newborn.? (Hurley, Dan,? Discovery Magazine, Thursday, June 25, 2015)

I think it is beyond cool that science is now starting to support what we humans have been able to observe for years. The history and herstory of our ancestors literally forms our unconscious belief system. Their traumas are coded as scars into our DNA. So ? what does all of this have to do with Witches, and what does it have to do with you?

I was first introduced to the concept of the witch wound when I read Witch: Unleashed. Untamed. Unapologetic by Lisa Lister (a must read to add to your list if you haven’t already read it. And for those of you having a strong reaction to the word witch, understand it is a reference to an ancient concept of a woman who is unapologetic, a woman who is connected to the earth, the universe, and the natural order of the world. Sound like anyone you know or want to be?).

The line in her book that stopped me short and made me take a double take is as follows:

The history of witches is, after all, a history of the persecution of women, or as author and theorist Eric Jong called it, a “gendercide”.

Gendercide. That word made me revisit it multiple times, both for its obviousness and for the impact it had on me as I took in the reality of what the witch trials and hunts really were. It was as though this notion had been under my nose my whole life and I was only now really seeing it.

While the number differs slightly between sources, it is estimated that in the witch-hunts and trials of our human history, over 13 million women were killed in gruesome, torturous ways in Europe and North American alone. This is not even taking into account other cultures that have vilified women, their intuition and their relationship with healing and nature and as such persecuted these women for being evil, of the devil, or possessed in some way. All of this was done in the name of patriarchal authority, to devalue and rob women of their power and their roles of influence in society.

So what does this have to do with you, you wonder? How do the witch-hunts and something that started in the 15th century affect your life as a modern woman?

I implore you to think about how you feel when you have to confront someone. How does it feel in your body when you are required to speak up and speak out against someone you know will disagree?

Do you ever feel fear when you are asked to use your voice?

Do you ever fear repercussions (even if there are none and that fear makes no sense) when life would have you be seen and take up space?

Are you ever afraid to be the center of people?s attention and have the spotlight on you?

Where does all of this fear come from and what exactly are you afraid of?

Yes, it is likely we fear embarrassment, rejection, or a myriad of negative emotions that leave most humans avoid and hide from. But is it also possible that our fear is deeper than this? Could our fear of being seen be connected to a collective experience that has been passed from mother to daughter for generations? Could the witch wound, and the legacy of the gendercide that occurred in order for the patriarchal paradigm to take hold still be holding you back from stepping into your power?

It?s been years since we in this western world have burned women at the stake. But on the other side of the world they are still torturing women ritualistically without batting an eye. Female circumcision, honor killings, and the systematic rape and torture of women are acts of torture that still occurs today on a regular basis. Most of you reading this will have the good fortune of being from a culture where this doesn’t happen regularly, but that does not mean we don?t feel the collective vibration of fear.

Sadly, far too many of you have experienced sexual or physical assault, and all of us have experienced sexual and physical intimidation or harassment simply because we identify as women. The #metoo movement in late 2017 demonstrated that with powerful resonance. Less overt acts of intimidation also happen every day in our culture still; our culture encourages women to starve their bodies in order to be worthy; women can not demonstrate and act on their sexuality without being ?slut shamed? and made to feel like social outcasts; women receive less compensation for the same efforts as their male counterparts; women?s health care continually is threatened by law makers determined to make being a woman a preexisting condition.? And the list could go on and on.

The reason I wanted to write this article was because the idea of the witch wound summarized so beautifully for me how collective and systematic the oppressive forces are that we as women face when we start to come into our true power. The fears you feel when you finally decide to go for your dreams and truly seek the things you want out of life aren?t just yours ? they are all of ours. True, our life experiences give us different lenses through which we see the world, but what if some of that fear and BS you have to wade through isn?t actually yours. Not in the personal sense, anyway. What if it is actually just the fear that women feel when they are reclaiming the power that was robbed from their ancestors?

I personally love the idea, as it reconnects me with the power that was so threatening in the first place. Women who were unapologetic, who were healers and intuitive, and truly in touch with their divine feminine wisdom were seen as powerful, and treated as a threat because they were powerful. And so am I, and so are you!

Use this insight as a way to reframe your fear when you are facing any situation that would have you speak out, claim your space, and expand into the powerful woman you are. It is time to reclaim the power that was robbed from our ancestors.

The world needs you now more than ever.